I’m pleased to offer all Kirkwood Whiskey Society members and friends a $15 discount for tickets to this year’s Whiskies of the World event in Atlanta. For those who have never attended, this is a great opportunity to explore a very wide range of whiskies and dinner is included.

Whiskies of the World is the world’s grandest whisky tasting event. Experience a night of spirited fun October 22nd, 2016 at the InterContinental Buckhead, Atlanta. Save $15 with promo code KWS:

Here is a quick dump of the results of the second annual Kirkwood Whiskey Society White Elephant: 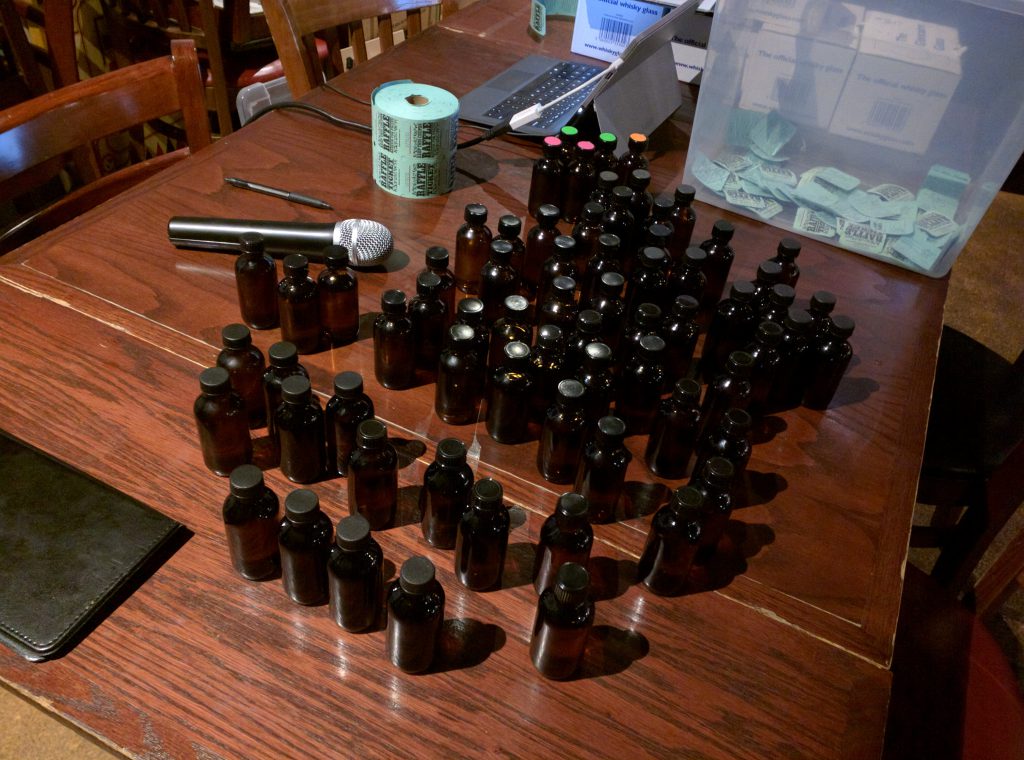 Well, it’s been over two years now since we started… I don’t currently have anything with a date set, but figured I would recap some of our previous events. There have been several smallish and informal gatherings, but here our some examples of our larger events:

Welcome to the new site! I’m hoping this will be an easier platform for me to keep content from getting too oxidized. 🙂